If you know me, then you know I love a good Halloween costume.  I live for the month of October, this is my Christmas!  Second favorite time of the year aside from my bday...which should be a holiday but I digress.

So every year I think of a few costumes I would like to do the following year.  I never say what they are because I don't want any copy cats.  But I have to say them to one friend because she secretly tries to out do me...which will never happen!  Anyway---this year it was the year of the Unicorn.  I took inspiration from Aubrey O'Day in the idea of using a wig as the tail and a corset in the center.  I already had the idea of  having a sheer costume, so it was a matter of which color I wanted to do.  I enjoy a good purple...so that's where we went.  I used the worse kind of fabric with all it's glitter but it was the best looking.  I knew I wanted to glitter up my underwear and bra because that was going to be visible and I am pleased with how it looks. I glued each sequins on one by one, it took a while but it was well worth it. I also wanted to wear glitter fishnets because it was so sheer.  It is great to see how much better I look this year compared to last year when I was Poison Ivy...I was very heavy and it showed in that costume.

We went to Thunder Valley and in all honesty I shouldn't have been so lazy and I should have signed up for the costume contest.  I am sure I could have won some amount of money.  Next year I think I will.

Anyway, enjoy all my step by steps of my sequins gluing and my final shots. of the whole damn thing!!! 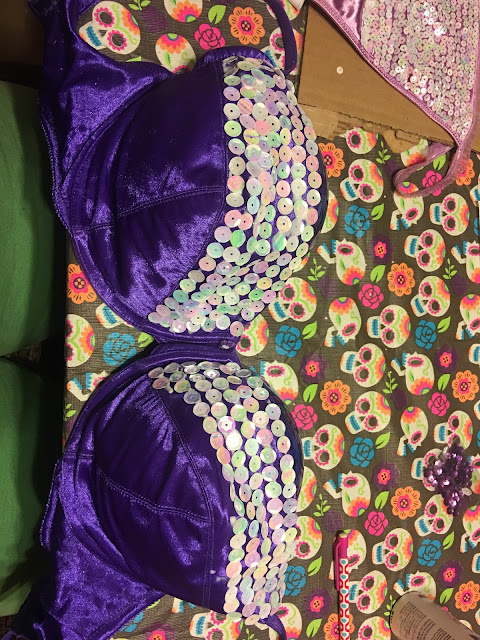 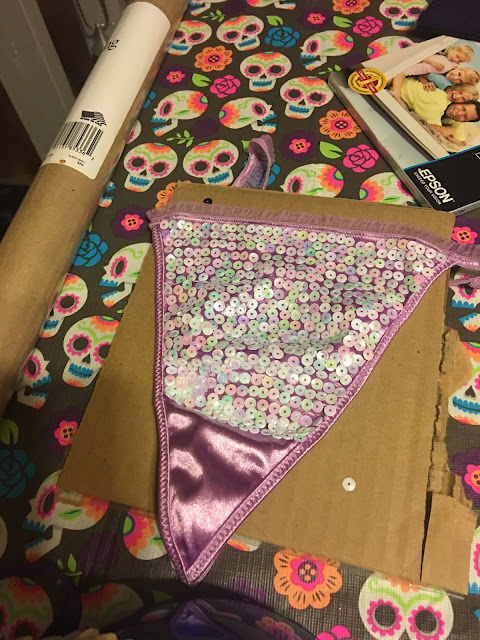 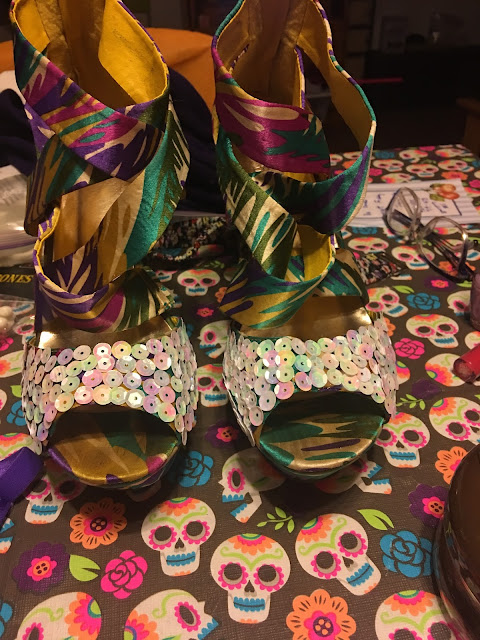 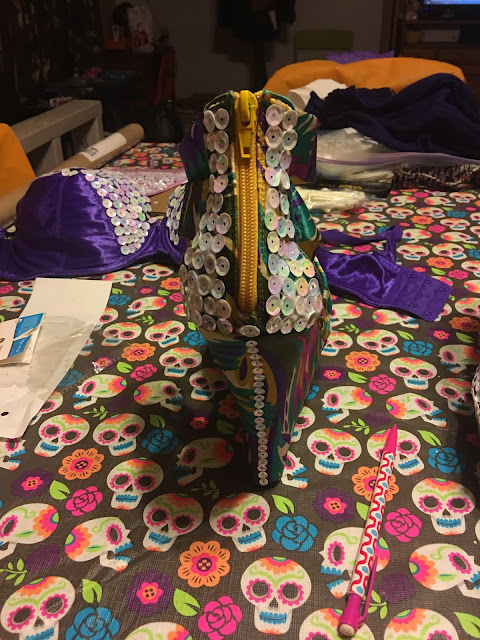 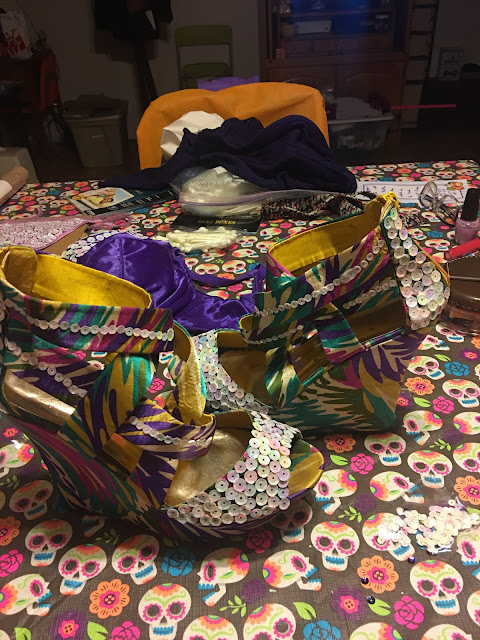 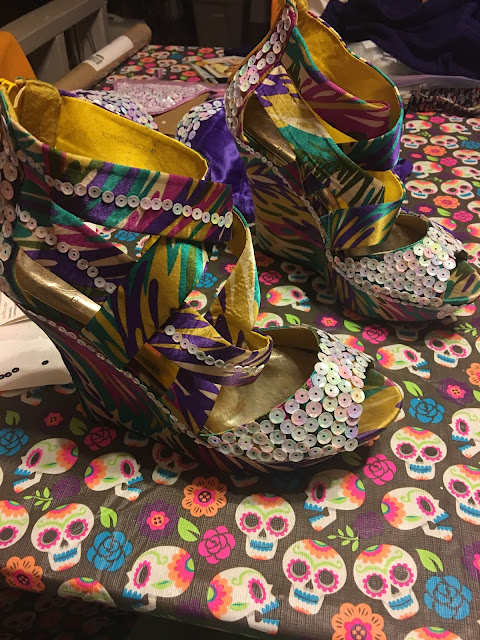 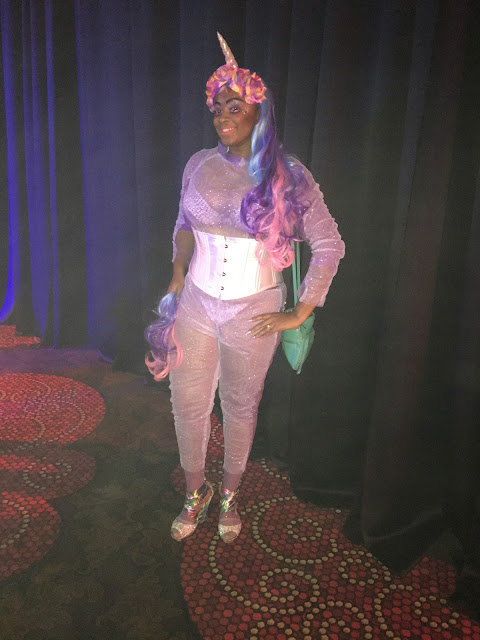 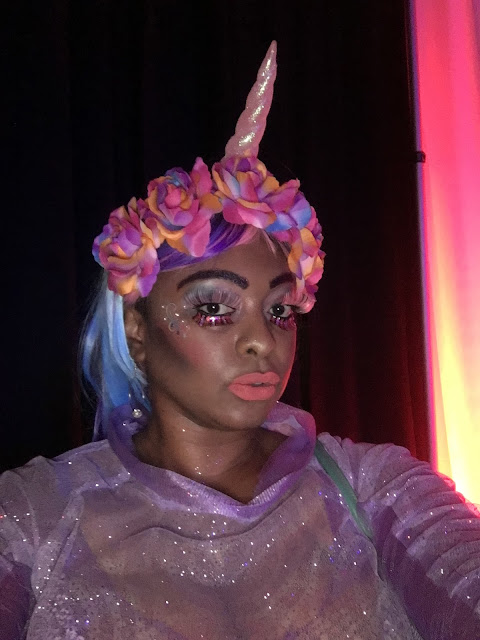 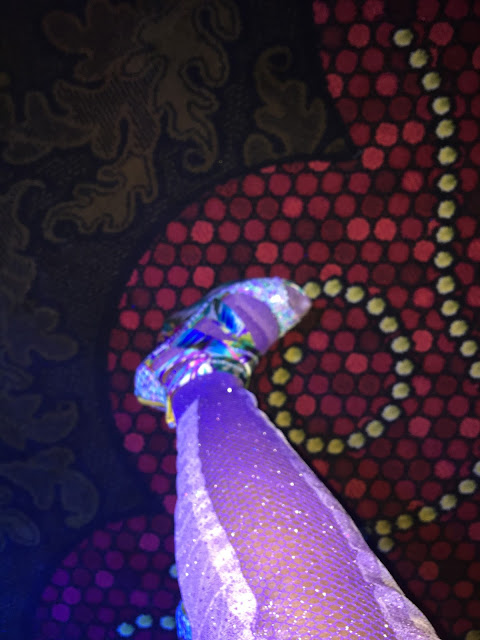