This week I have gotten my cousin on board with plant based eating.  He is in need of weight loss just as much I am so I am happy he was willing to try.  We kept it simple with burgers and fries. Trying to ease him into it.  I made the Beyond Meat burgers and made homemade potatoes.  He had BBQ ranch as his sauce.  It wasn't vegan, but it was such a small amount of dairy products that it won't affect his weight loss.

My friend was in Canada and brought back Big Mac sauce, which tasted exactly like it however, it made me very sick.  Not sure what is different about it, but I more than likely will not use it again.

We both had the same bread, the Hawaiian hamburger buns, Chao creamy original cheese and avocado.  He doesn't like any veggies on his burger, but I had tomato, onion and lettuce.  I also had my veggie bacon.  He did have real bacon on his burgers, because it was recently purchased as groceries before he made the switch.

The pics aren't great this week, but I have one of my completed burger and his prepped meat and potatoes. 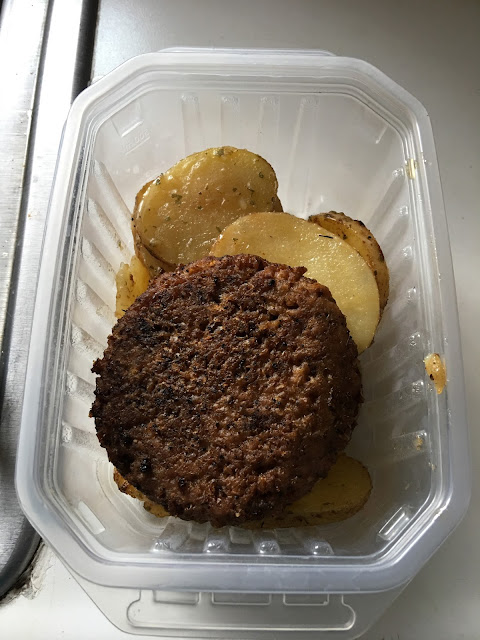 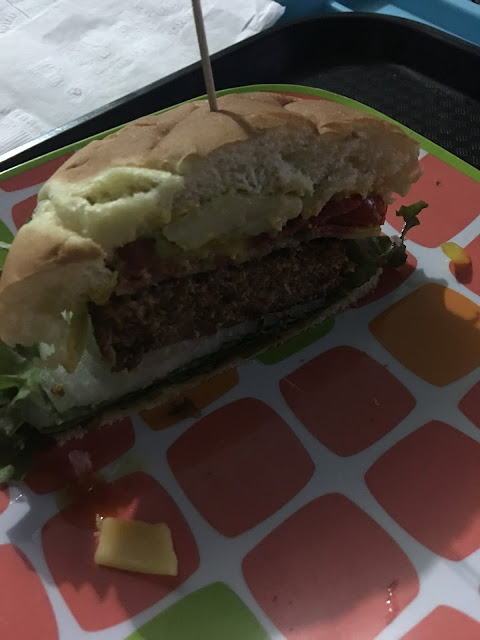