This week I wanted potatoes.  I was going to make twice baked potatoes, but I couldn't be bothered scooping out the insides of hot ass potatoes for food prep.  So I kept it simple and cut them into quarters, seasoned them with white pepper, nutritional yeast and a french fry blend I made (chili powder, white pepper, garlic powder and seasoning salt).

They were spicy as heck, because I forgot the french fry blend had white pepper, so I doubled up in error.

I also added some vegan chili, from Amy's. Way over priced, but they were out of the vegetarian chili by Nalley's.

I also included my tofutti sour cream with these.

On the side I had a salad.  I was craving a salad this week, so it was good.

I am intermittent fasting to kick start my weight loss, because I have been stuck for a few months maintaining the same weight.  So I am having bigger lunches.  It was a crap ton of food.  Most days I ate the salad with my dinner, cause I was too full at lunch. 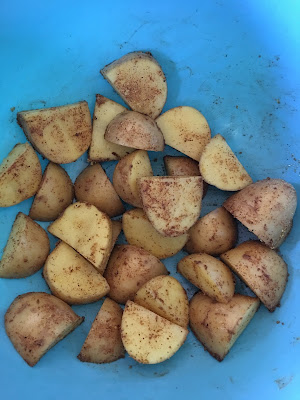 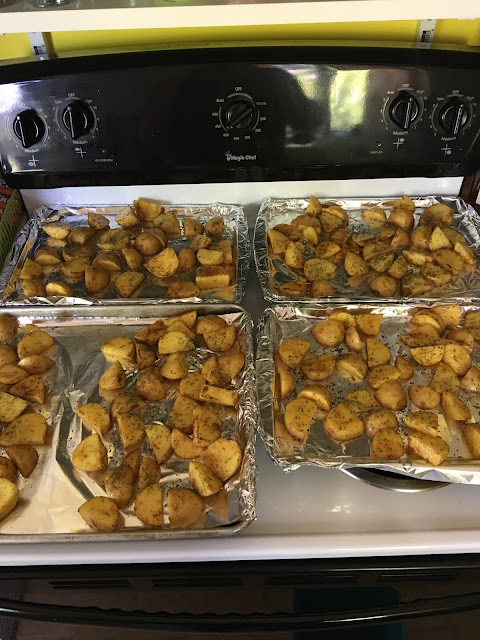 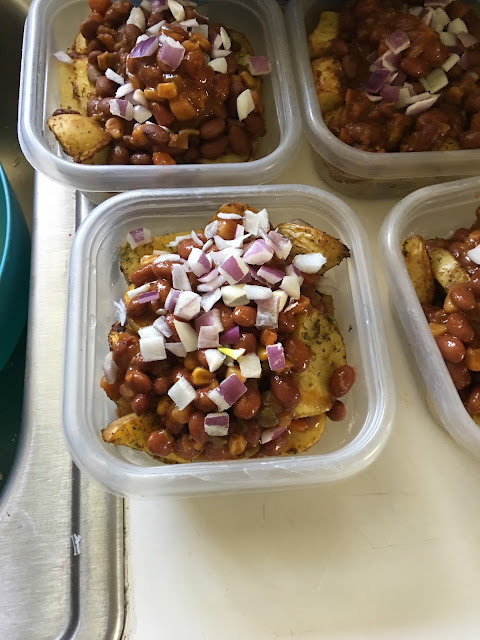 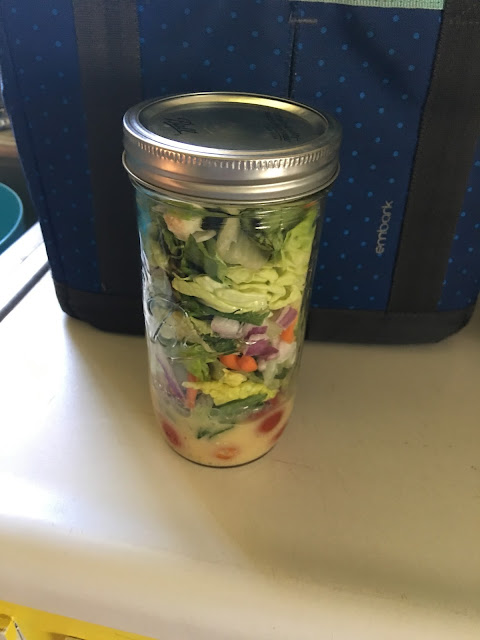