This week we had veggie lasagna.  And let me tell you it is bomb.  The girls had real ricotta and real cheese and I had an almond milk ricotta and vegan cheese.

I went to Whole Foods for the vegan items.  So far in all the times I have called or been in store looking for a type of product I have been steered wrong.  Basically, they seem to not really know what products they carry or are not really all that willing to look.  Either way, being that Whole Foods carries so much bizarre shit, I assumed dairy free ricotta wouldn't be that difficult to find.  They have a vegan "dairy" section so I figured it would be there.  And I was right.  I should work for them, I can tell you what they carry better than they can.

Anyway, so I only saw one brand of ricotta.  It is almond milk and looks gross.  It looks nothing like the pic online.  First of all it is brown, secondly it looks more like hummus, but cooks up nicely and you can't even tell it's not the real thing.  I also added Go Veggie Mozzarella Shreds .  These are also pretty tasty and even melt.  Not like real cheese, but it still melts better than some other vegan cheeses I have tried.  I didn't care for the American Cheese from this brand.  But as my mom says, "That's because American is not real cheese".

So in the lasagna we used the same veggies.  I cooked eggplant, zucchini, mushrooms, onion cubes (like bouillon cubes, but onion flavored), garlic, Italian seasoning and my house seasoning (salt, black pepper, and garlic powder).  Once those were soft I assembled the lasagna.

The girls had a meat flavored pasta sauce and I used a chunky mushroom.  I never thought spaghetti sauce would be so difficult to search through.  Even the sauces with veggies sometimes have hidden dairy in them. So beware if you are truly eating a vegan/plant based diet.  But I digress.

I used oven ready lasagna for the first time ever. GENIUS!  Where have I been all this time.  If the product says manufactured in a plant that contains milk/egg ingredients I still use them.  I just don't use them if the dairy is in the product.  So these are good to go.  I did find it interesting that the Wal-Mart brand was dairy free and the name brand had both milk and egg and cost more.  So it was a win-win for Wal-Mart.

I'm not going to bore you with how I assembled the lasagna just enjoy the pics instead. 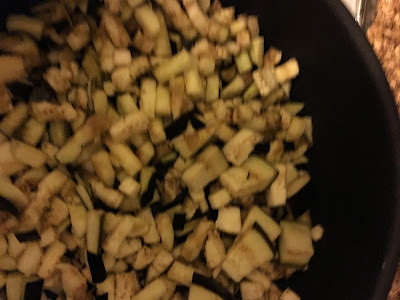 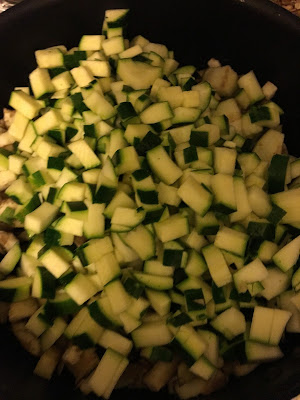 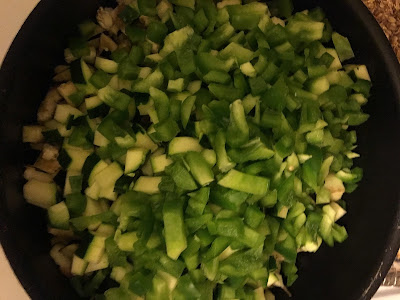 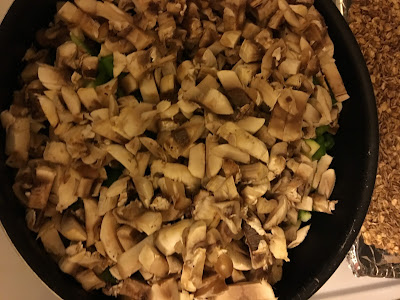 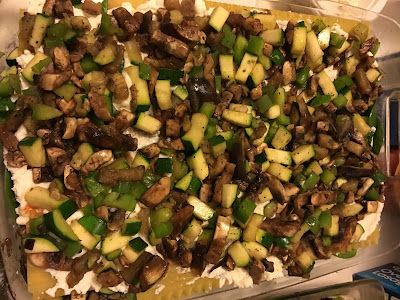 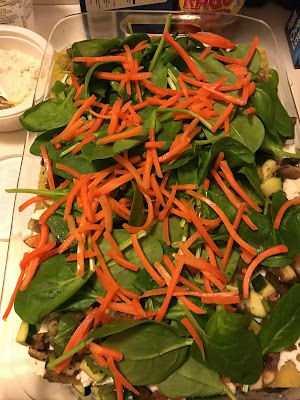 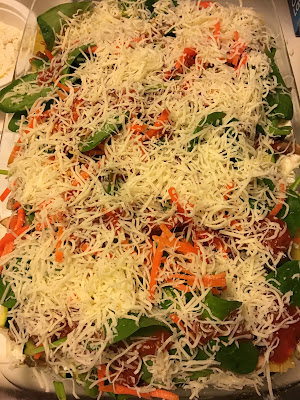 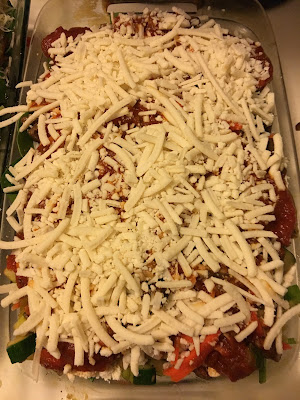